Getting roughed up by Hariri supporters During Tuesday’s day of rage, as supporters of the billionaire Lebanese leader Saad Hariri took to the streets to protest his fall from power, five men wearing ski masks ran toward me as I filmed them burning tires on a Beirut street. “Hey you! You’re filming us” they shouted. I quickly lowered my camera, but before I could even blink, they had surrounded me and one, breathing heavily, put his hands on my camera, pulling it his way. My heart sunk and I didn’t let it go. “Relax,” I said, “I’ll give you the tape.” Then one shouted, “Who do you work for? Who do you work for!”

Earlier that day, another mob of angry young men in the Northern town of Tripoli burned a satellite truck belonging to Al Jazeera, which has been critical of Hariri, who is backed by the United States. In Beirut it seemed that Hariri supporters were out to do the same, stomping out any media they didn’t like.
“I’m independent,” I told them. “I’m a director, I’m making a film.”
“Oh that’s interesting,” one replied. But the curiosity quickly gave way to arguing. “Did you film us,” one asked, panting. “Show us, show us what you filmed!” I opened my LCD viewer but suddenly the rewind button wasn’t working. More arguing as they hovered over me. Quickly, the army is coming, one said, panicked.
“Go, go, just get out of here, now!”
I pulled out my key and began to put it into the door, but the shouting continued, and my hand, now shaking, could barely find the keyhole. Finally, I pulled open the door, but another man stood in my way.
“No, he filmed us, we can’t let him go.”
I looked straight into the pair of eyes behind the black ski mask and said: “I swear to God, I did not film you.” He stood speechless for a moment and I quickly jumped in the driver’s seat. The boys scattered and I sped off. My relief was only temporary though. When I looked up, the road ahead was filled with smoke and more flames. There seemed to be no way out so I buried my camera behind the passenger seat. I pulled up to a lone man in a ski mask tossing tires into the burning mess.
“Can I film here,” I asked.
“Sure,” he shrugged.
As I pulled over to park, I noticed a few older men dressed in black who seemed to be responsible. Insurance, I thought.
“Please come see what I film.”
I showed one of them everything I was shooting in my viewer–to prove I wasn’t capturing any faces and thus avoid more trouble with the young hooligans. The man, in his 40s, turned out to be quite friendly. But it was an uncomfortable feeling. One of his colleagues dressed in black stood behind me as I panned over the flames and asked that I zoom in on a nearby mosque. He held the bottom of my hand and moved it into position. Two figures appeared at the balcony near the top of the minaret. “Yep, there are (Hezbollah) guys up there,” he said. Snipers, the other added.
Boys sped by on mopeds, some popping wheelies. Testostorone levels were high. It was time to leave–I’d been lucky enough for one afternoon. But then came a few machine-gun totting Lebanese army soldiers. One last shot, I thought.
As the troops passed in front of me I lowered the lens, careful not to get their faces. One stared at me on approach and asked if I had filmed him. “No, just your feet, ” I said with a smile. “Really? Come with me.” He grabbed a hold of my elbow and others encircled as we walked toward a commanding officer.
“What did you film” he said, slouched in a plastic chair.
“Just feet”.
“Just feet” he repeated, giving me a look of disgust. “Go.” He turned to the men who brought me. “Back to your positions!”
As I walked to my car, the Hariri men were suddenly concerned for my well being.
“What did they say,” one dressed in black asked.
“Nothing,” I smiled.
He nodded and chomped into a breakfast sandwich.
******
Looking back at that day of chaos and anger, irony and absurdity, one image remains fixed in my mind–that frenzied young boy and his hands gripped around my camera. What if the army weren’t coming? What if he was alone without his friends to argue with? Would he have smashed my camera into bits on the floor?
During the years I’ve spent covering Lebanon, I’ve often been stopped and questioned, especially by members of Hezbollah or the Lebanese security forces, who have at times politely erased my photographs or footage. But never once did members of either of those groups approach me with such unchecked anger and threatening behavior as displayed by Hariri supporters. It’s interesting here to note the amount of time and money Hariri and his American allies have invested in demonizing Hezbollah as a dangerous death cult– unfit to lead a country. Perhaps they should think twice about the volatility of those on their own payroll before making assumptions about the danger posed by others.

A few days later, when the road was back open, I went back to the Mosque to investigate the alleged “Hezbollah snipers” the Future boys told me about. Turns out those dots on the minaret were just speakers! 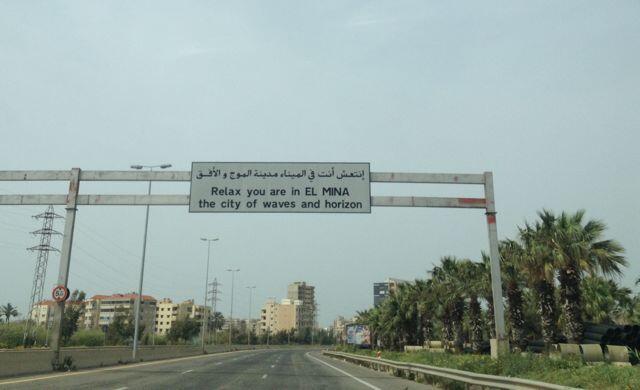 Read More
This greets visitors at the approach to Tripoli, which only seems to make it in the news when… 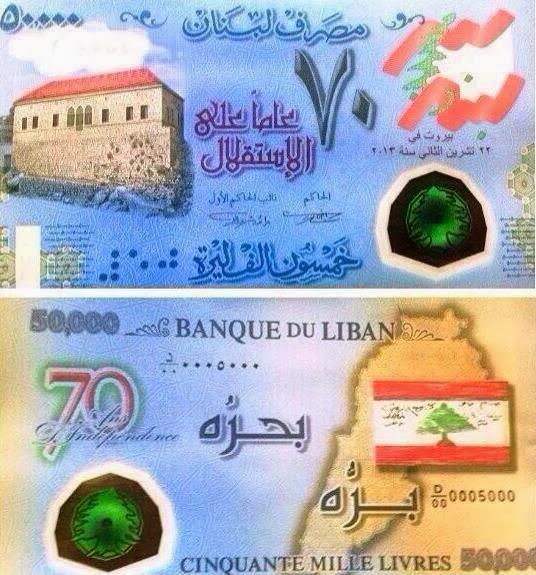 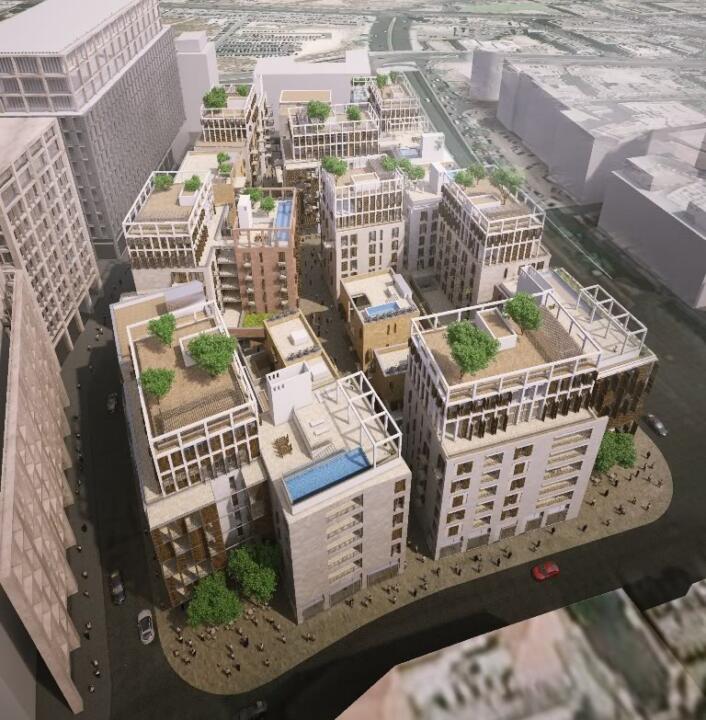 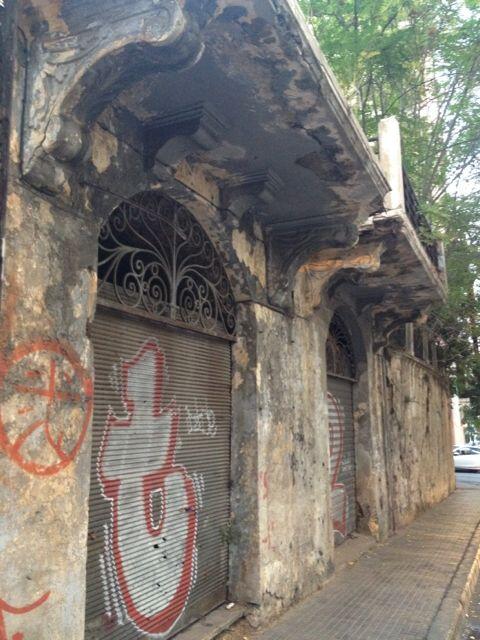 Read More
CCulture & Heritage
This may be your last chance to see some of the oldest buildings in Furn El Hayek, including… 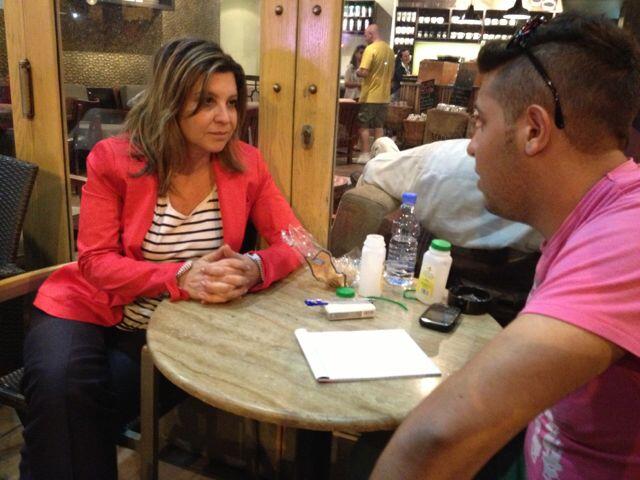 Read More
Nadine Moussa, left, is one of 49 candidates who claim to have won a parliamentary seat by default. … 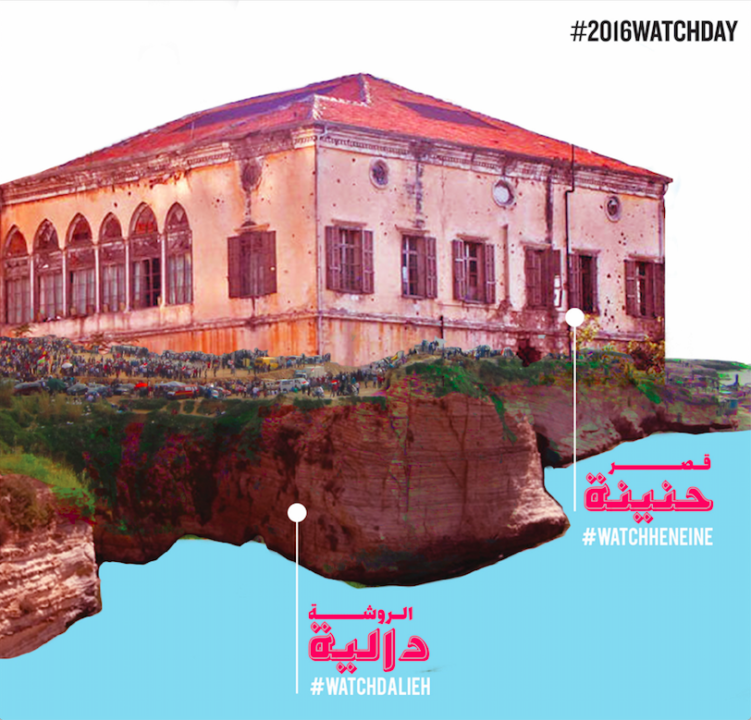