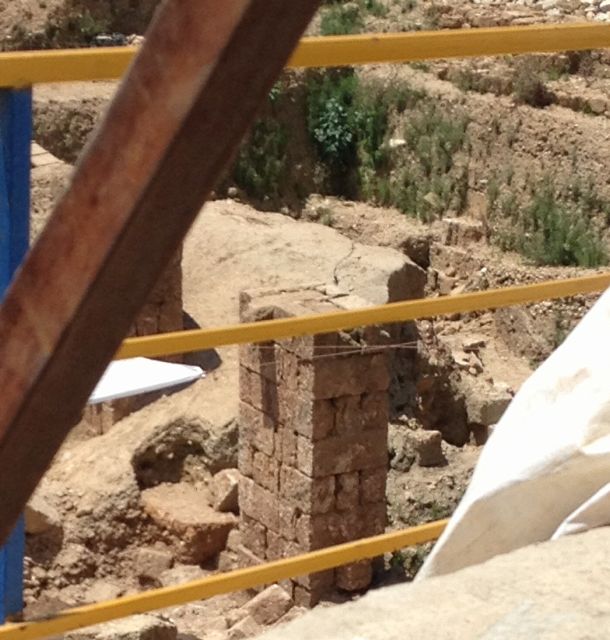 Stalled since it was announced in 2004, Jean Nouvel’s Landmark mall and tower development has become one of the biggest archeological digs in Beirut. It’s said to contain ruins from the Roman, Byzantine and Islamic empire/periods.
But for some reason, work on the site– which occupies a massive 20,000 square meter plot in Riad Al Solh square–has been kept top secret.

Curious passersby are not allowed to even have a look at the ruins. This afternoon, I was barred from getting any closer than 10 meters from the site by a security guard. 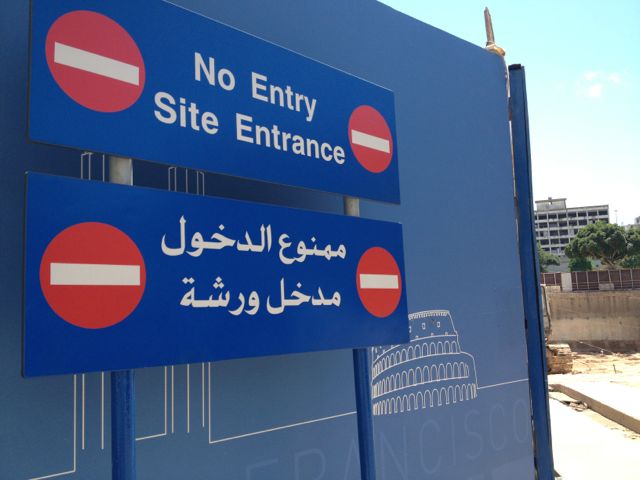 And pictures were strictly forbidden. I got an earful from the guard for taking this shot, even from so far away. 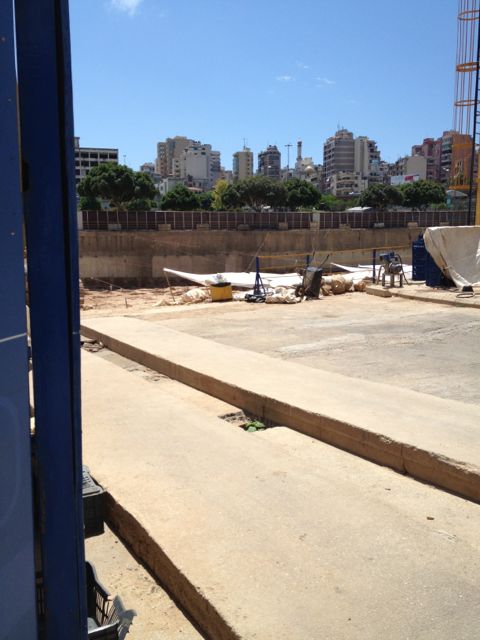 Luckily enough there was small slit in the wall: 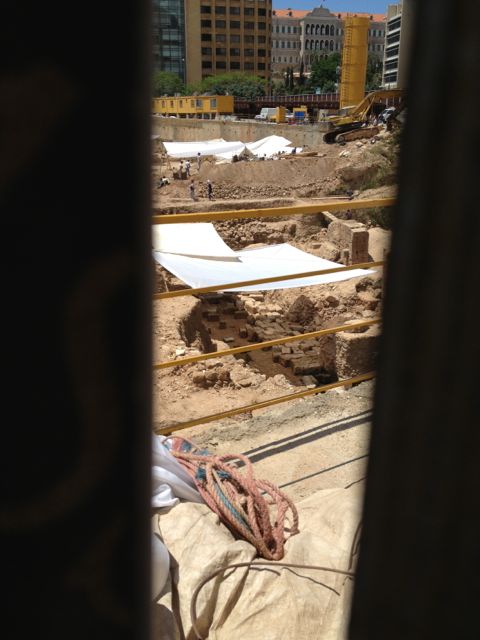 In this close up, we can see what appears to be a stone floor or road. 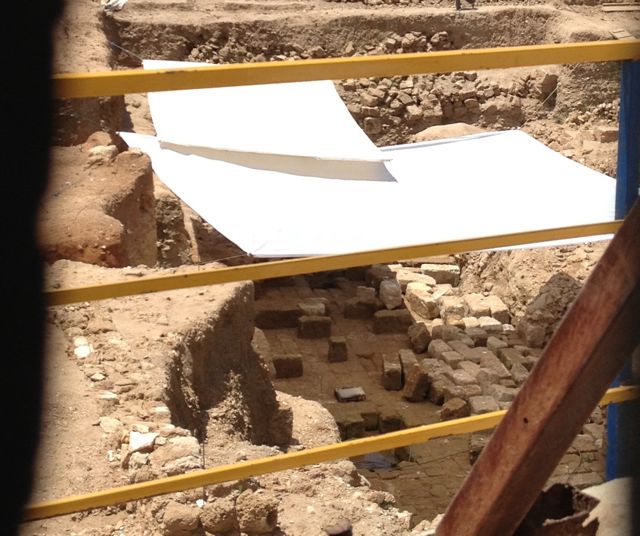 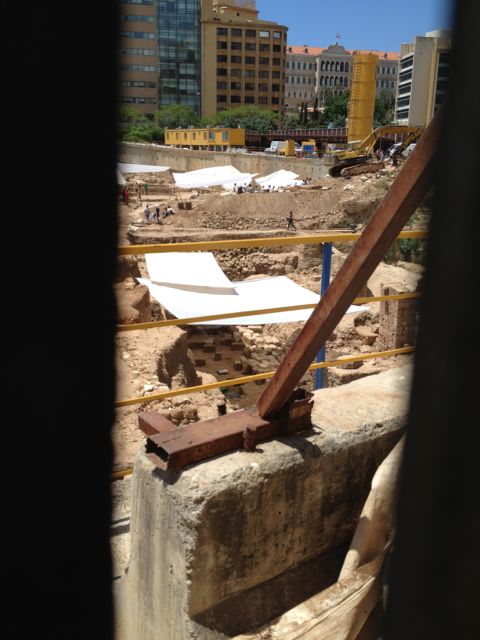 And slightly to the right there appear to be some pillars: 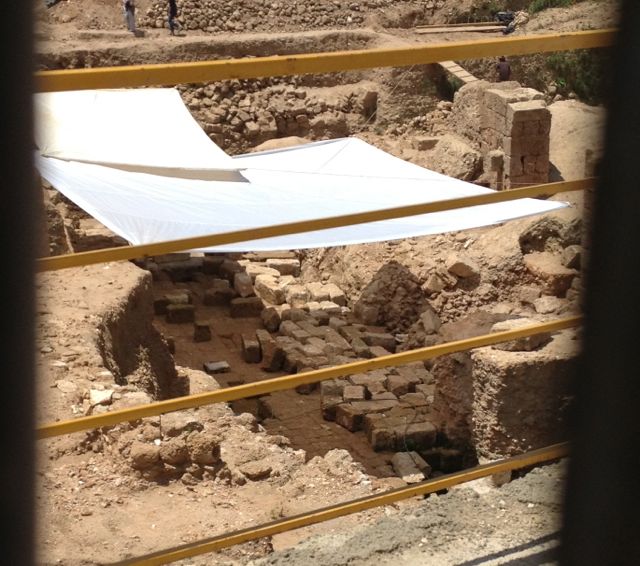 I was told this could be part of an aqueduct. Here is the second pillar, not visible in the above shot:

To the left of this area, there appeared to be room-like structures. Could they be Roman baths, housing or shops? 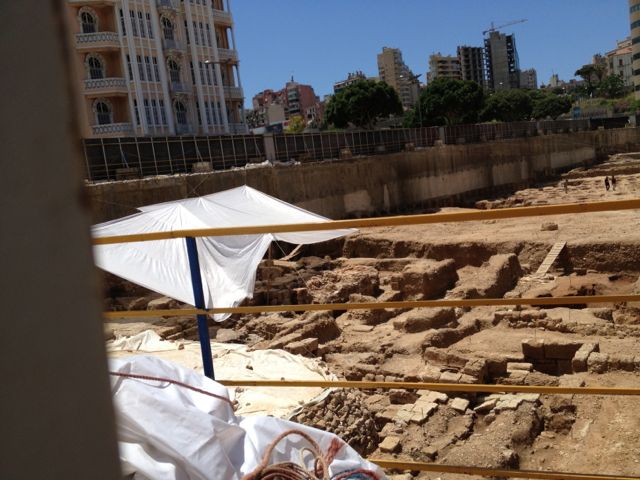 There was a rock structure in the lower center: 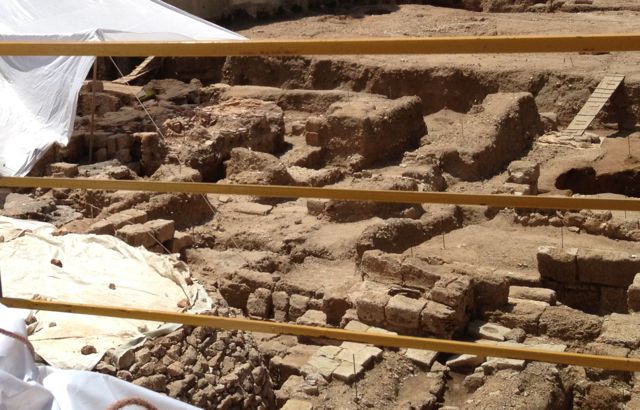 And a rock path to the right: 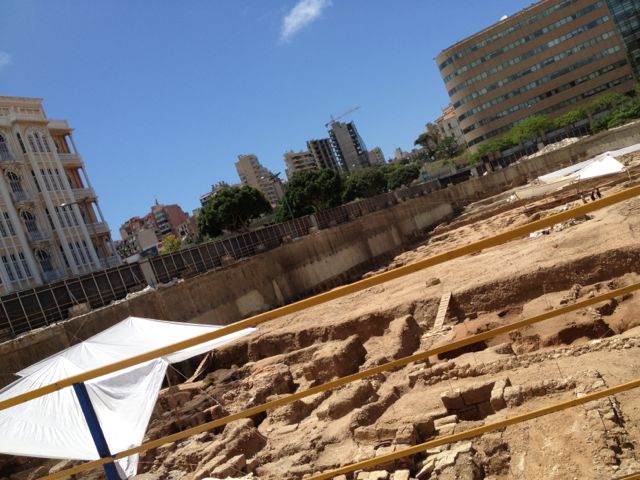 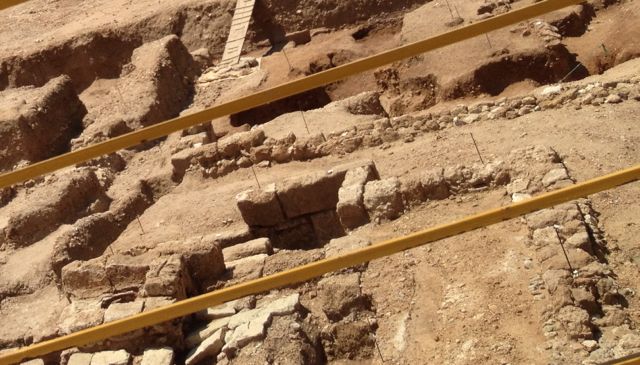 Could these be from different periods?

But all of this is just one corner of the site. Further ahead toward the center of the plot, there were burial mounds:

I was told these could be from the Islamic period by a worker leaving the dig.
Then there was this short double rock wall. Could it be a water path? 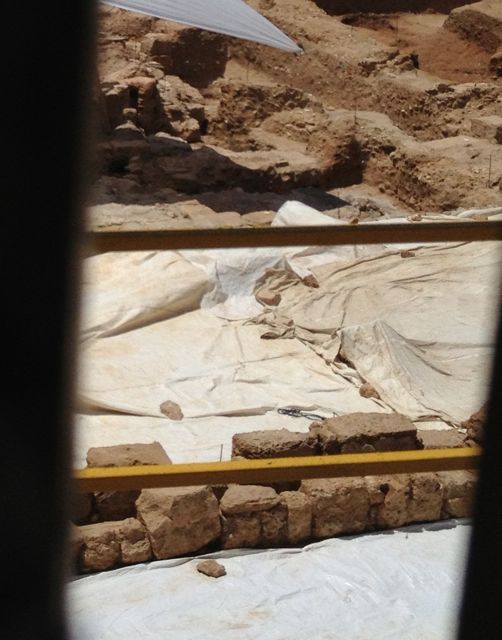 Here’s a wide of the entire site from another hole in the fence. 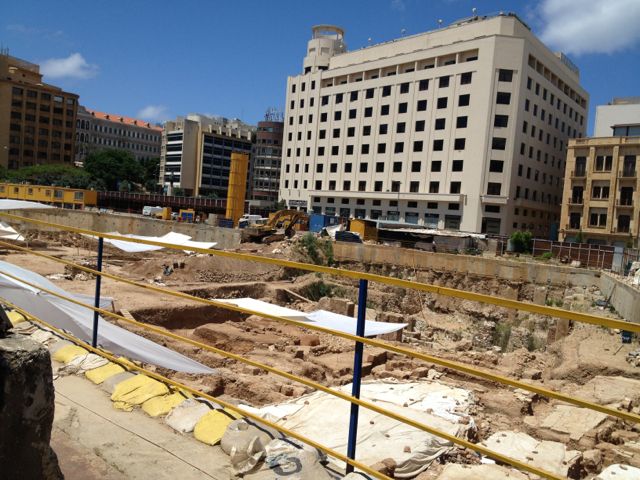 The previous shots were taken from the wall on the right, covering the right section of the site. Who knows what wonders lie under the tents on the left.
Launched in 2004 at a reported cost of $150 million, the Landmark was designed by architectural celebrity Jean Nouvel, and is to feature the usual mix of elite shopping outlets, 5 star hotel, spa and luxury apartments, with the option of hanging pools.  God knows how many millions those will cost.
These artist conceptions via Dezeen. You can find more on their site. 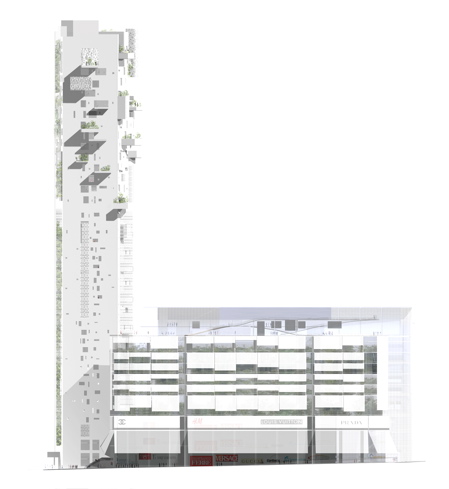 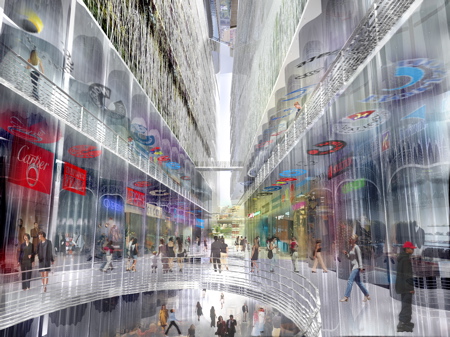 The perimeter walls suggest “The Landmark” will rank among world wonders: 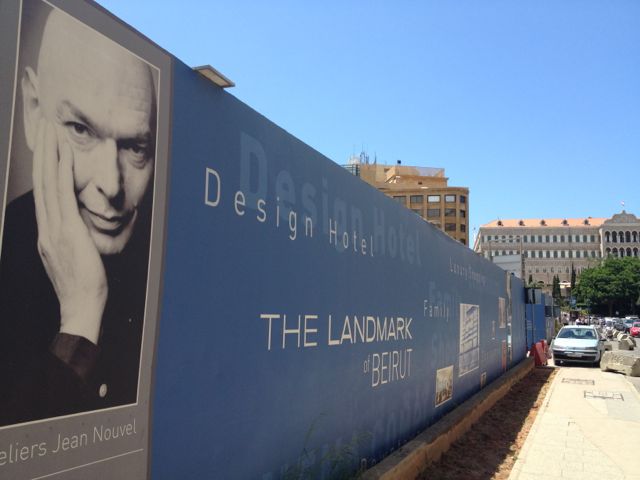 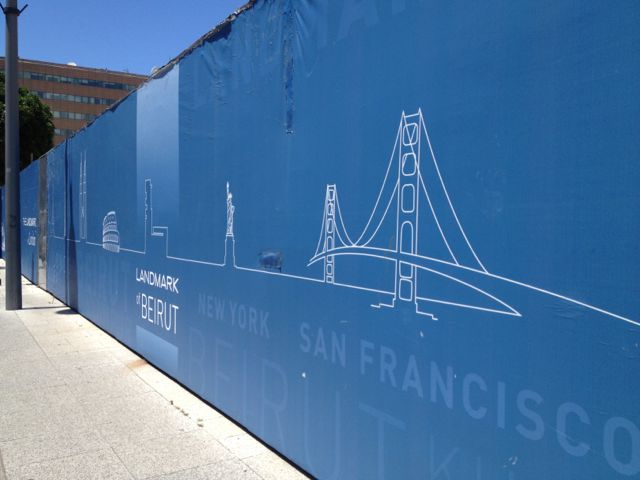 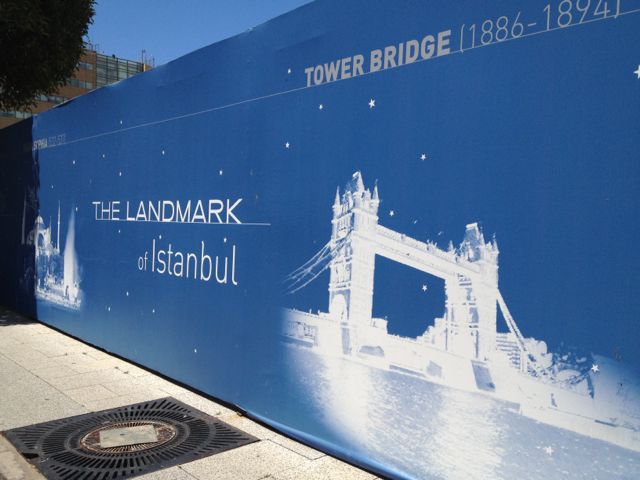 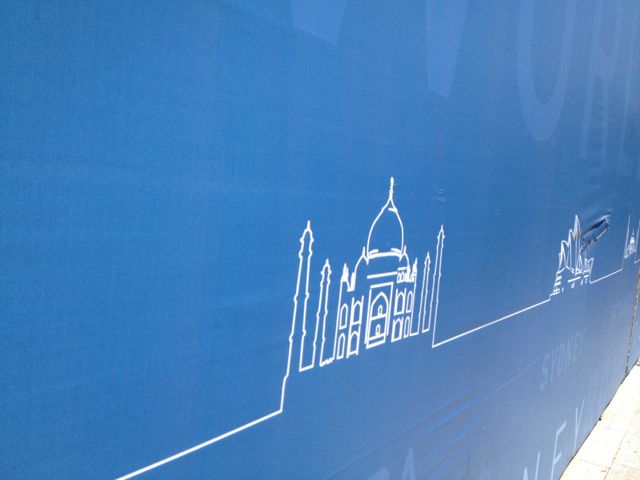 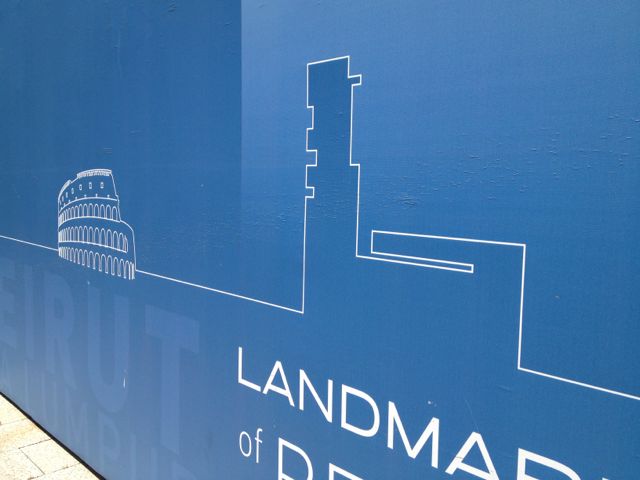 “The whole thing is like a city,” says Nouvel in the inscription below. “It will have its place alongside the markers and the monuments of past centuries on the visitors’ map of Beirut.”

So will this project be amended to incorporate the ruins and truly “have a place alongside monuments of past centuries?” Or will developers simply seek to replace that heritage with a 5 star hotel?

***
UPDATE: You can find more shots of the dig on Abir’s blog. She managed to get some great aerial images from a nearby building.
UPDATE 2 (May 29, 2013): A lot has happened since this post. The site is actually thought to form Lebanon’s oldest church, 4-5 century. See pictures of its mosaic floors in these new close-up aerial shots.
Also the columns on site are believed by archeologists to form Beirut’s Roman gate, while the aqueducts are elsewhere on site. Here are some close-ups of that.
Finally, following the publishing of these photos on this blog, The Daily Star and others, the minister has announced that the ruins will be preserved and the Landmark project will not continue. While many celebrated this surprise announcement, activists are still skeptical, and say the site needs to be continuously monitored to ensure this is followed through. 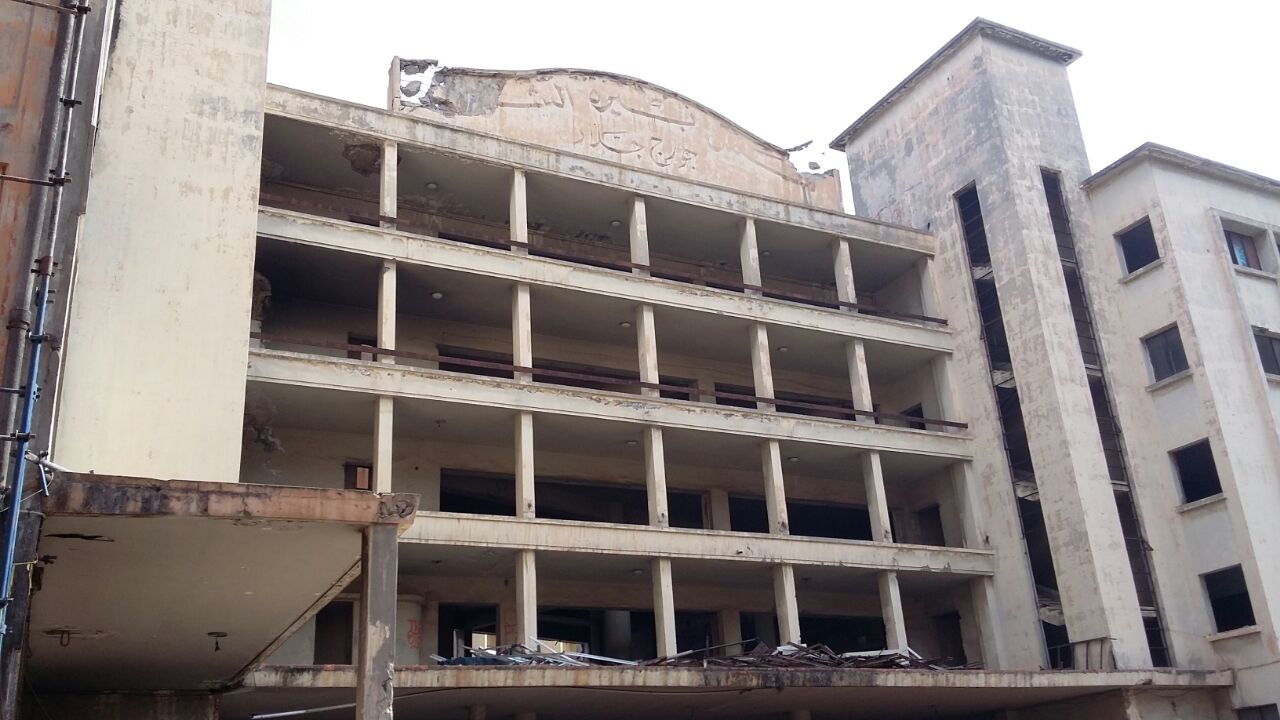 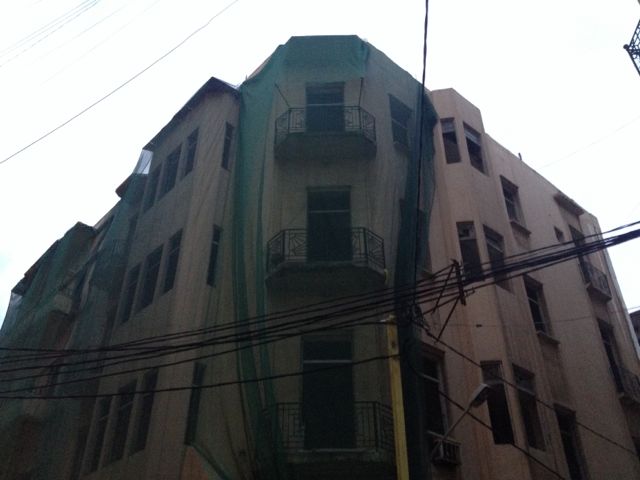 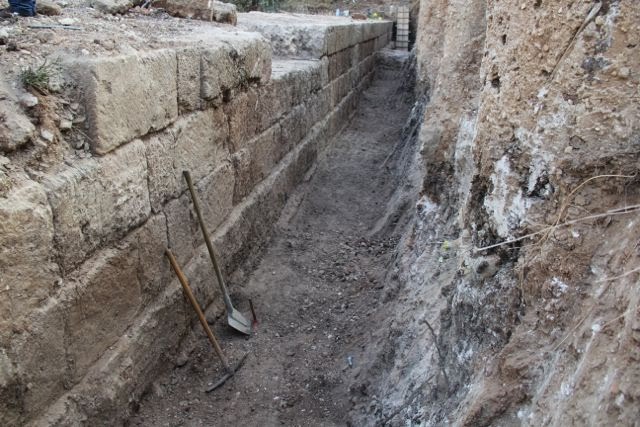 Read More
CCulture & Heritage
It survived some 2,000 years of wars and conquest, but the wall above is now gone. Archeologists believe… 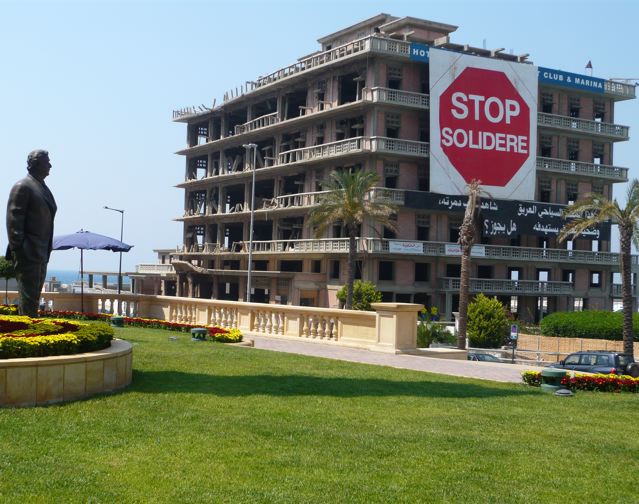 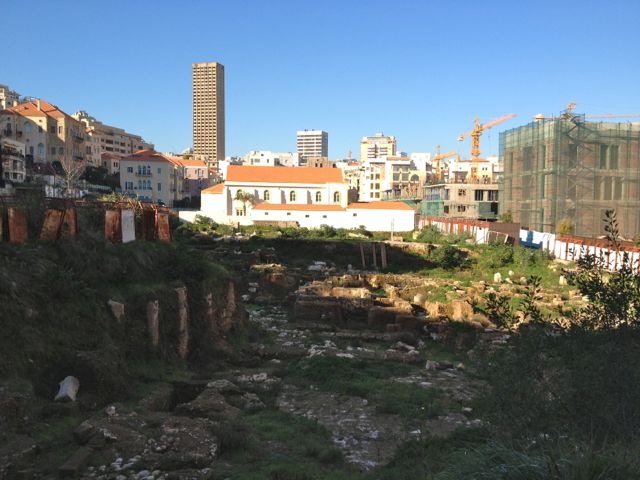 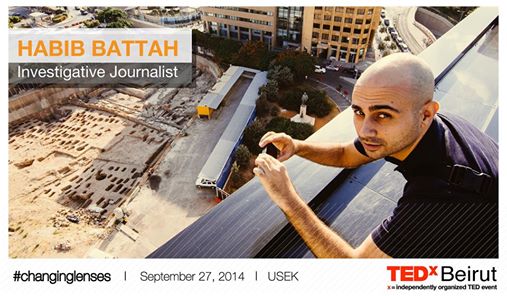