Earlier this summer I posted pictures taken by my photographer friend Rayya Haddad of the extensive ruins discovered near the Bank Audi building in downtown Beirut. But recently Rayya went back to the site and it seems to have been partially cleared. Compare the recent photos above taken to the ones below taken about two months ago, when the ruins were just unearthed:

The arches were extensive, perhaps revealing a building or a series of rooms or small structures. (See previous post for more pictures.) The structures had reached right up to the construction walls filling in the far corner of the site:

But when I was recently walking by the excavation–which will reportedly be the new headquarters for another bank– Bank Al Mawarid–I noticed the arched structure seemed to be gone. I took these shots when the door was briefly open:

Here is a closer view of the far corner of the site:

Of course it is hard to tell without having a good aerial shot, but the retaining wall columns do not seem obstructed by any ruins, which were flush up against them in previous shots.

Ruins are usually dismantled when developers want to start building or the archeologists want to go to a deeper level. If we look closely, it seems that another type of ruins have been discovered with much larger stones:

The larger, bolder-like stones are usually seen in Roman structures, as opposed to the arched area in the top photos, which used smaller pieces and may have belonged to a much later Ottoman or Islamic era site.

In Rayya’s shots we can also see these big stones, which are almost the size of the yellow generator: 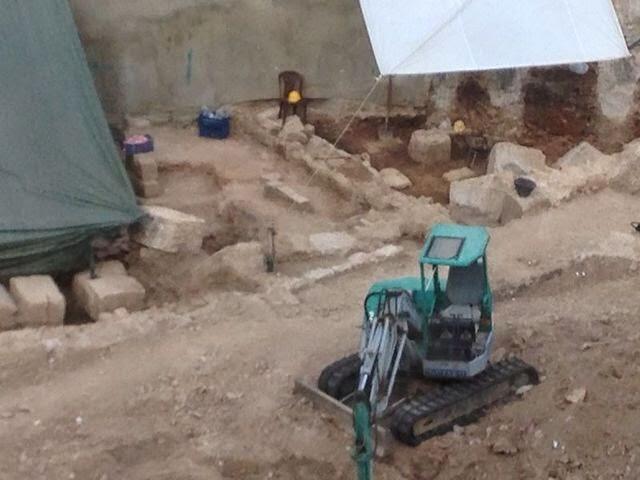 So have the ruins been dismantled to reach another, ‘more important’ layer? Or are some of them buried under the sand? Were parts of the structure removed altogether?
If the deeper, big rock ruins are Roman, could they have been associated with the nearby theatre and hippodrome complex, as covered in previous posts.
Whatever the case, these questions will be hard to answer due to the strict no photos policy enforced by the government’s antiquities department. And even if the deeper ruins are judged to be more important, should the public have been able to see the site, even if only for a few days, before it was cleared to go deeper or make way for the new building?  More importantly, will any of this part of ancient Beirut remain before another bank is built here?
Thanks to these leaked original pictures, at least we can see what the mysterious arched structure looked like online if not in person. 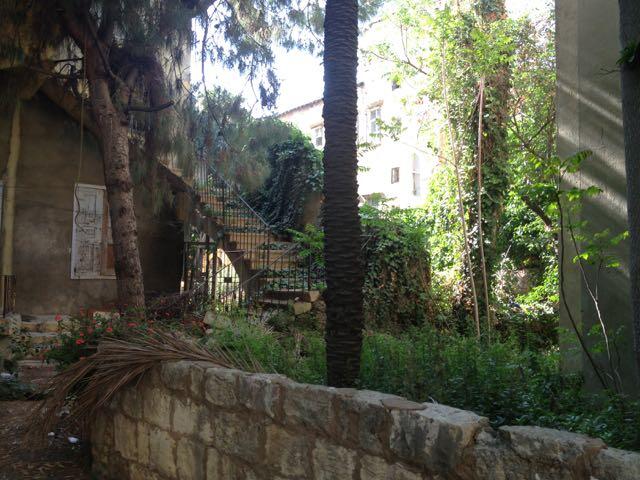 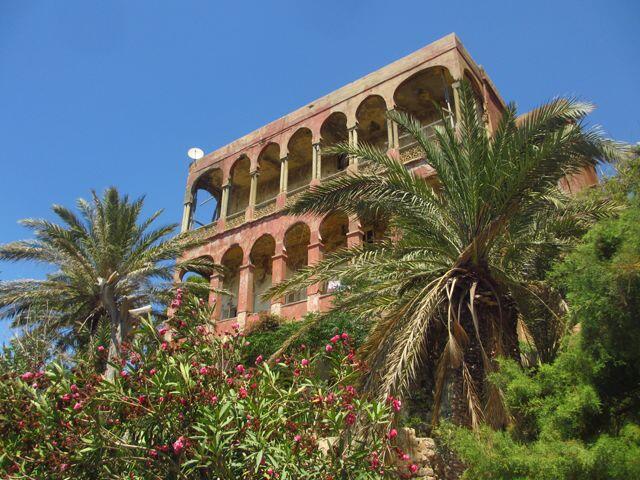 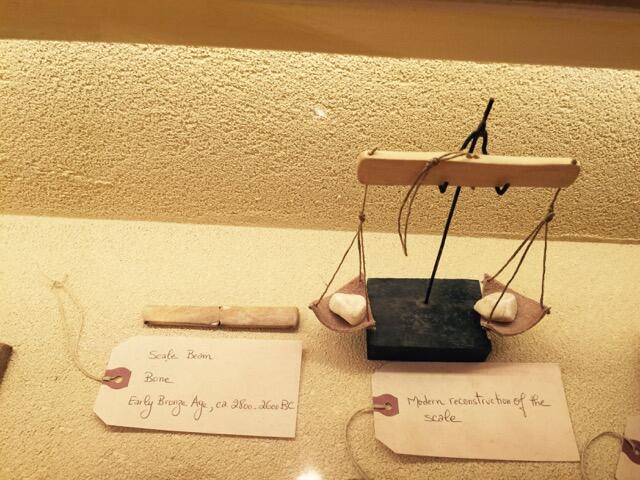 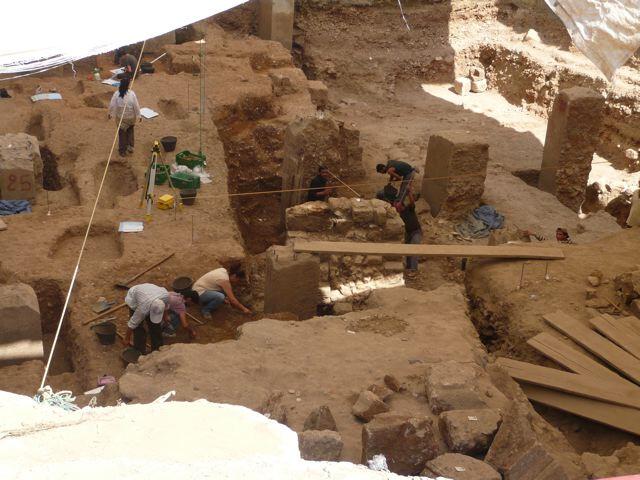 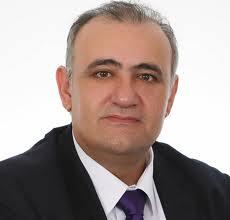 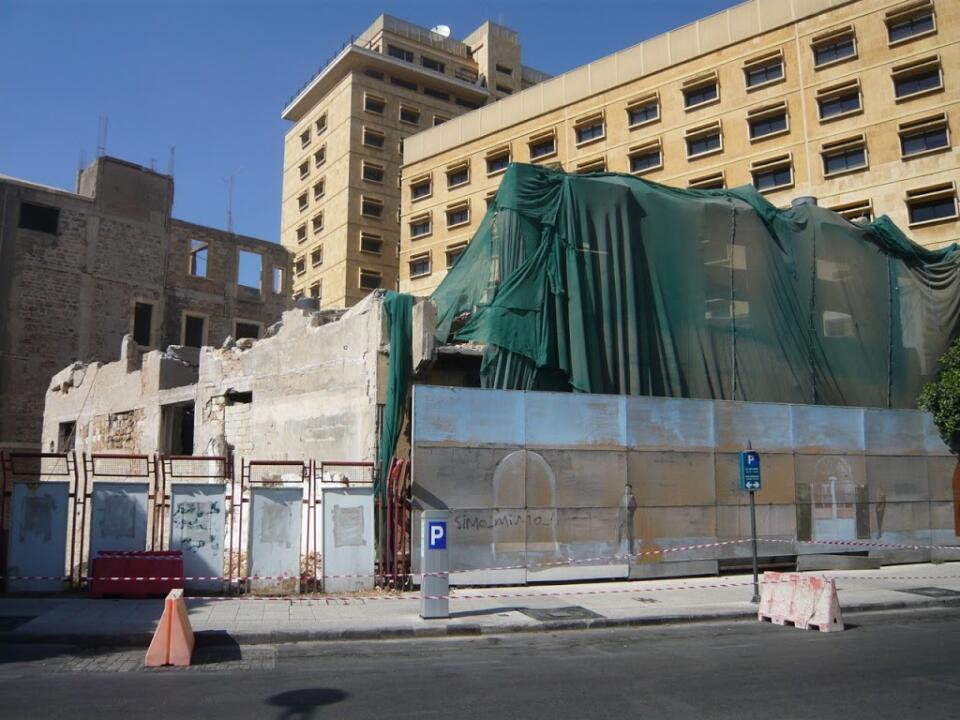